Back to Worlds Amazing Places

The first among the twelve Jyotirlinga shrines of Lord Shiva

Entitled as “Eternal Shrine” Somnath Temple is an instance of fine imposing architecture whose glory and fame are legendary and one of the 12 Jyotirlinga shrines of Shiva with a beautiful view facing the blue stretch of the Arabian Sea. Somnath temple of lord Shiva is a very ancient temple of India located in Gujarat and stands as a famous landmark of the Indian history and tourist place of Gujarat. Somnath temple is being regarded as the ideal sacred place of the Hindus pilgrimage that survived the ravages of time. This legendary temple is said to have been destroyed numerous times in the history but with the help of brave Hindu Kings the temple was rebuilt each time.

Somnath was the creation of the moon god himself. It is believed that Somraj the moon god built the Somnath temple out of gold. It was rebuilt by Ravana in silver. Again lord Krishna, the incarnation of lord Vishnu built it in sandalwood. In 10th century it was rebuilt in stone by King Bhimdev Solanki. Today is the seventh temple built to commemorate the Grandeur of Somnath. Currently Shri Narendra Modi the Honorable Prime Minister of India is the president and trustee of Shree Somnath Mandir trust.

It is said that Lord Krishna ended his divine Lila and thereafter left for heavenly abode. Somnath temple is located at a very extraordinary place where there is no land between Somnath coastline and Antarctica. 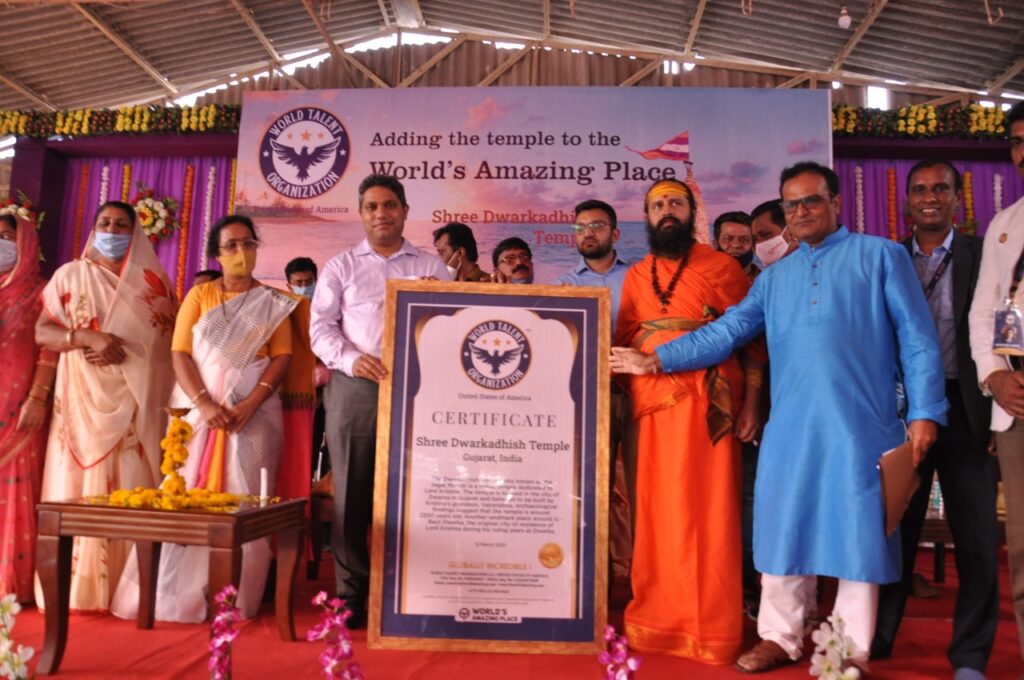